This should be the start of a really great enterprise: A cyclopedia of the woody plants of the world. This first installment includes, apart from some introductory chapters, the full treatment of about 40 species. On an average each species gets some eight pages of text, including a short general introduction, a fairly extensive description in which special attention is paid to wood, bark, rooting, flowers, fruits, and seeds; the seedling is often represented by a clear drawing; further are given notes on distribution, dispersal, ecology, culture, diseases, and uses. The text is illustrated with several often fine colour photographs depicting habit, bark, sometimes wood, leaves, flowers, fruits, and seeds, some drawings, and a map of the area of distribution. Finally, the species is concluded by some general notes and by a list of additional literature. The text is well-printed on glossy, heavy, apparently strong paper. And strong it should be as the work is bound in a ring binder which makes it easy to add species, to replace sheets, and to arrange them your own way, but which on the other hand easily may wear out in such a probably frequently used work. The obvious first question regards the limitation: ‘der Holzgewächse’ means ‘of all the woody plants’; this seems rather much. The index mentions three groups, viz. trees from the Tropics and Subtropics, from the Temperate climate zones, and shrubs and subshrubs from Central Europe. Apart from the latter this is hardly a restriction. Only the word ‘Dendrologie’ in the subtitle and the fact that the majority of the many authors (as mentioned in the prospectus) are connected with forestry may point to economic importance as the main selection criterion. Skimming the species from this first installment learned that most are indeed of some use or other, some, however, of very local use only, and some were only formally used. Moreover, the experience of plant taxonomists is that nearly all plants seem to be of some use locally according to the field labels. The more than 20,000 trees mentioned in the ‘Vorwort’ apparently in principle ought to be included all. With the 30 species a year planned we will not live to see it completed! 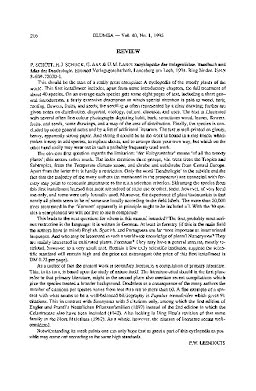